Villa Savoye is perhaps one of the most iconic of the 20C houses, and was conceived as a “machine for living in”. It famously embodies Le Corbusier’s 5 points of architecture; pilotis (columns), free plan, free façade, horizontal strip windows, and roof garden. What was revolutionary was the use of a concrete frame that liberated the house of load-bearing walls. It was hailed as a prototype for modern living. The building famously leaked and suffered from damp, and was subsequently abandoned. In 1964 it was listed as a historic monument, and has today been restored. 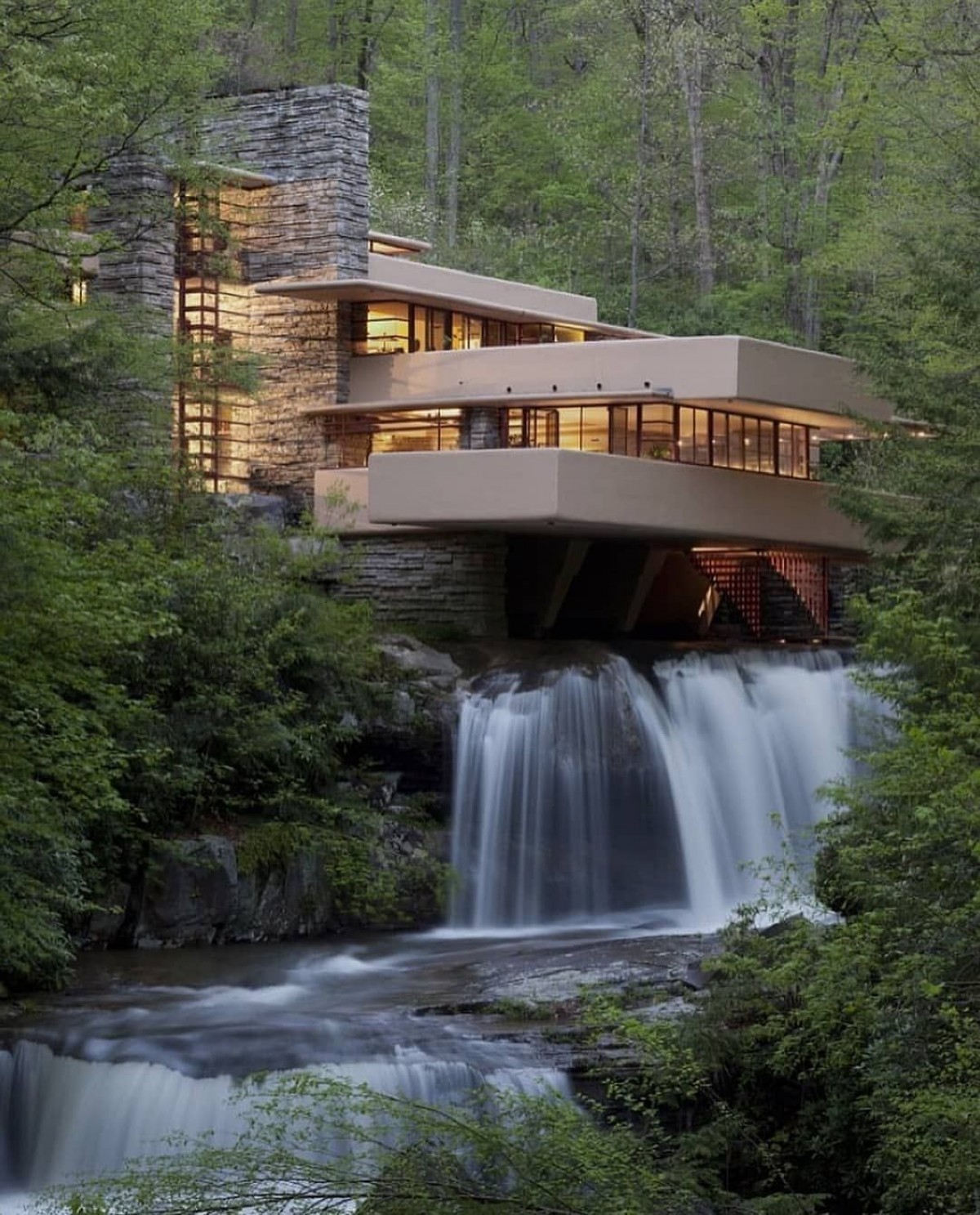 Whilst Villa Savoye wasn’t loved by everyone, Falling Water is arguably one of, if not the, most loved and widely appreciated houses of the 20C. He designed the house to be sustainable, embracing craft, texture, and even bravery, in total respect of nature. The house famously cantilevers over a stream – brave in its engineering, and respectful in its approach to context. Frank Lloyd Wright had a love of nature and organic architecture: “When organic architecture is properly carried out, no landscape is ever outraged by it but always developed by it” 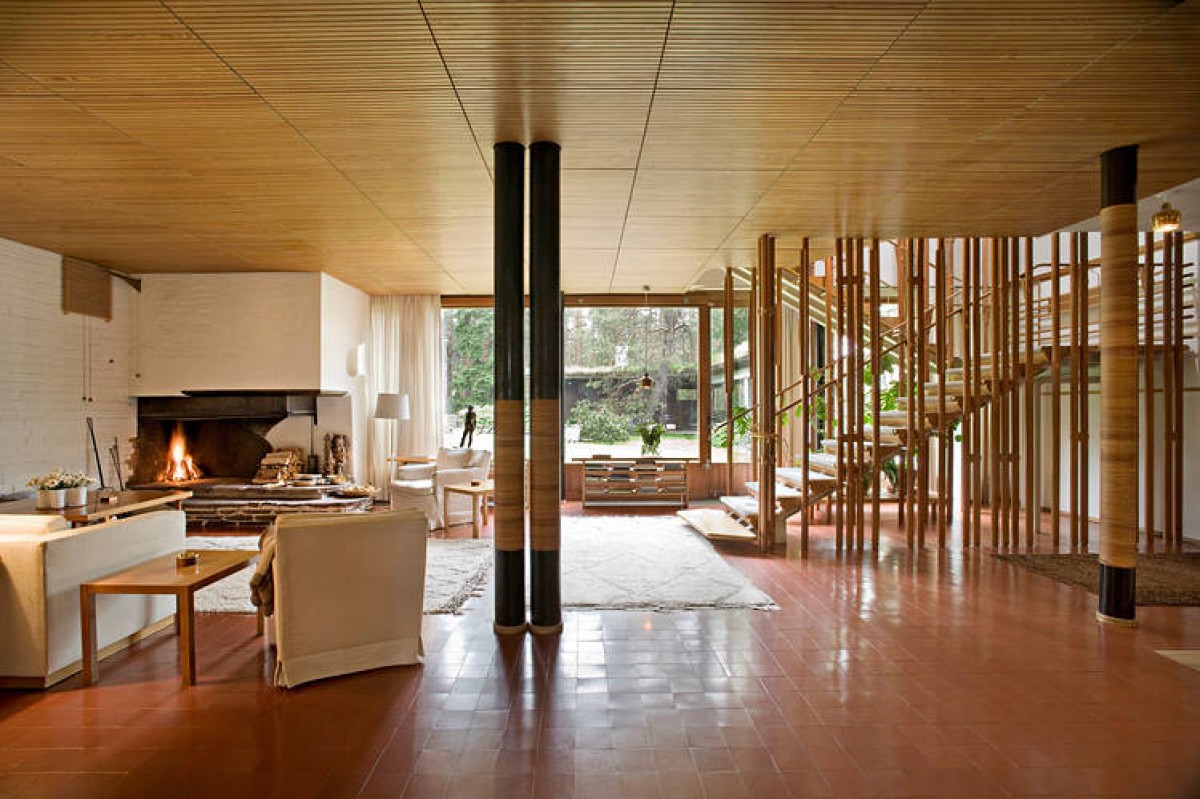 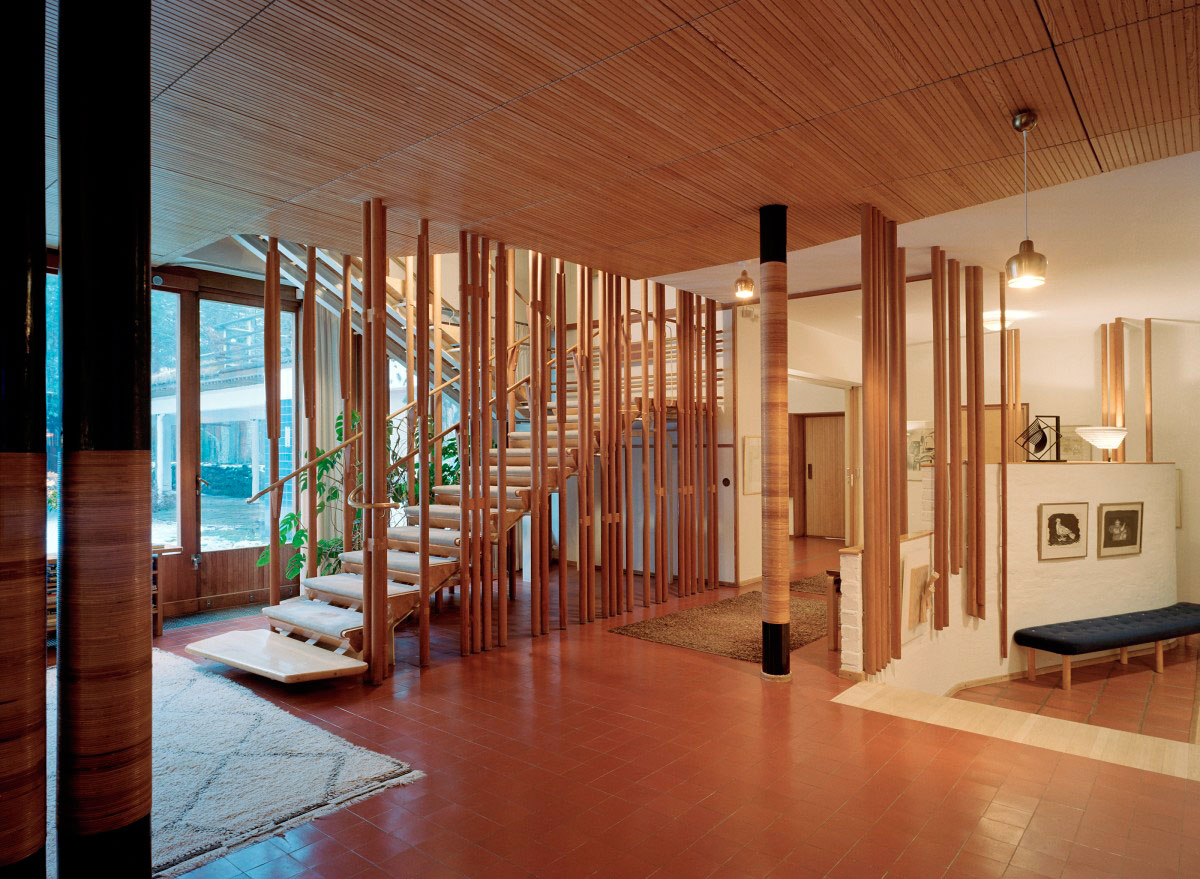 Villa Mairea is a significant house designed by Alvar Aalto, that marks a transition between traditional and modern architecture in Finland. It is inspired by Falling Water, and Aalto was so in awe of it, that he tried to persuade the clients to move the house and build it over a stream! Villa Mairea also represents the softer Modernism, both in form and materials. The surrounding birch forest is echoed in columns and screens throughout the house. 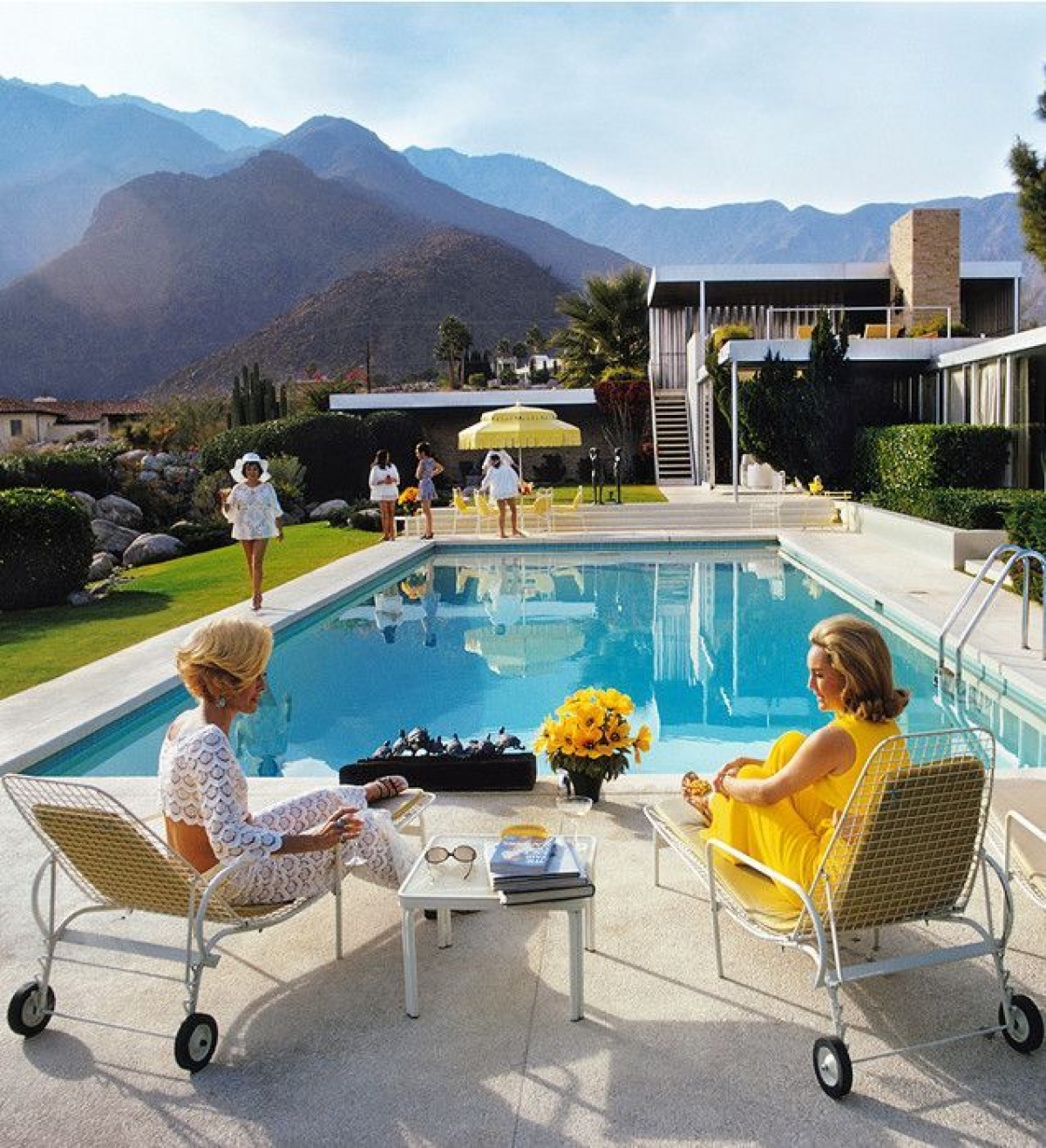 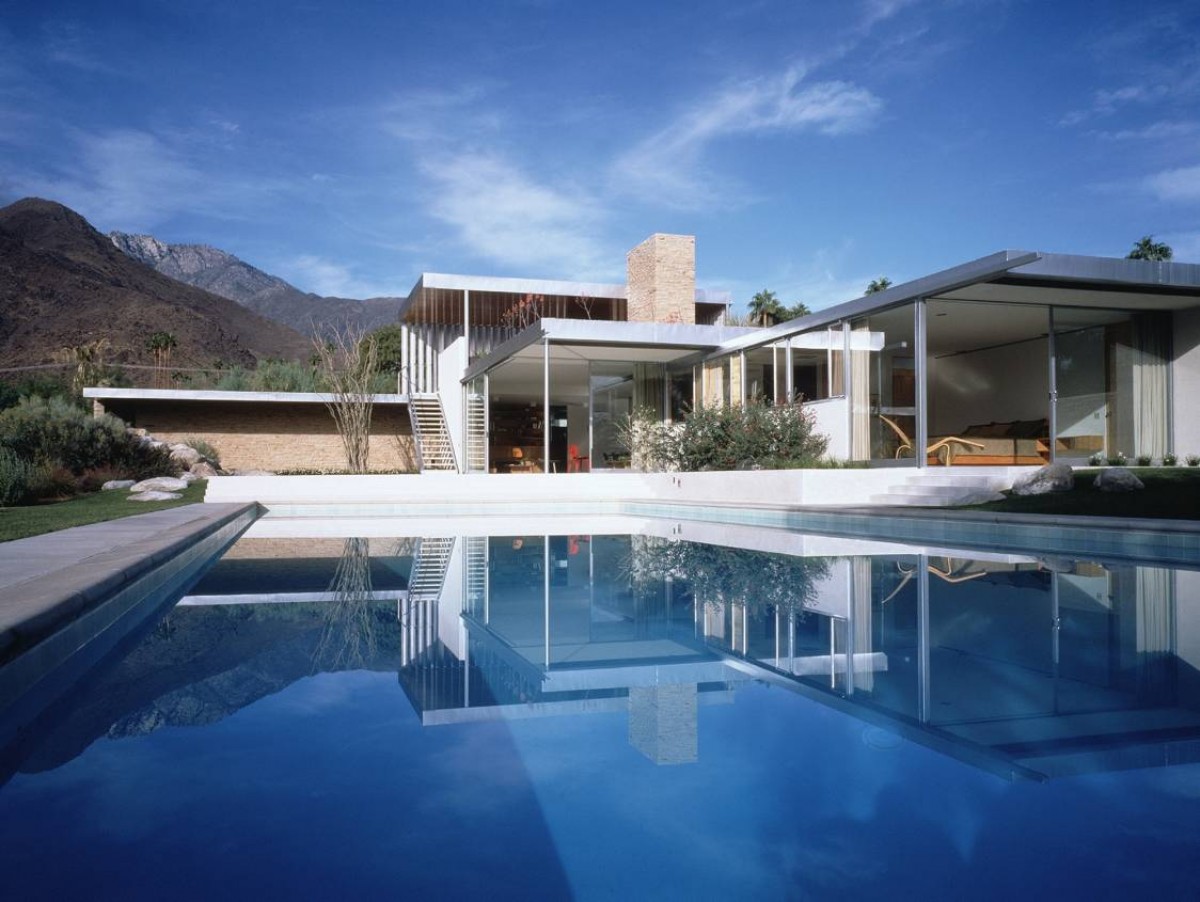 Kaufmann is the pinnacle of the so called “Desert Modern”. Neutra did not only consider buildings as architectural spaces, but was interested in well-being and how our physical and psychological world was affected. He was one of the pioneers of the idea of connecting the inside to the outside. The flexibility of the Kaufmann house erodes barriers between inside and outside and allows for spaces and cross-ventilation to flow through the building. These are things that still influence contemporary house design to date.
An interesting note is that the client for the house was department store magnate J Edgar Kaufmann, who 10 years earlier had commissioned Falling Water.

Oscar Niemeyer, the father of Brazilian modernism said: “I’m not attracted to straight angles, or the straight line, hard and inflexible, created by man. I am attracted to free-flowing sensual curves. The curves I find in the mountains of my own country, in the waves of the oceans, or the on the body of a beloved woman”. With Casa das Canoas – his own house – Niemeyer combined a love of organic forms with a great sensitivity to the site and nature. Niemeyer had a profound effect on modern architecture in Brazil, and was of course the lead architect of Brasilia. 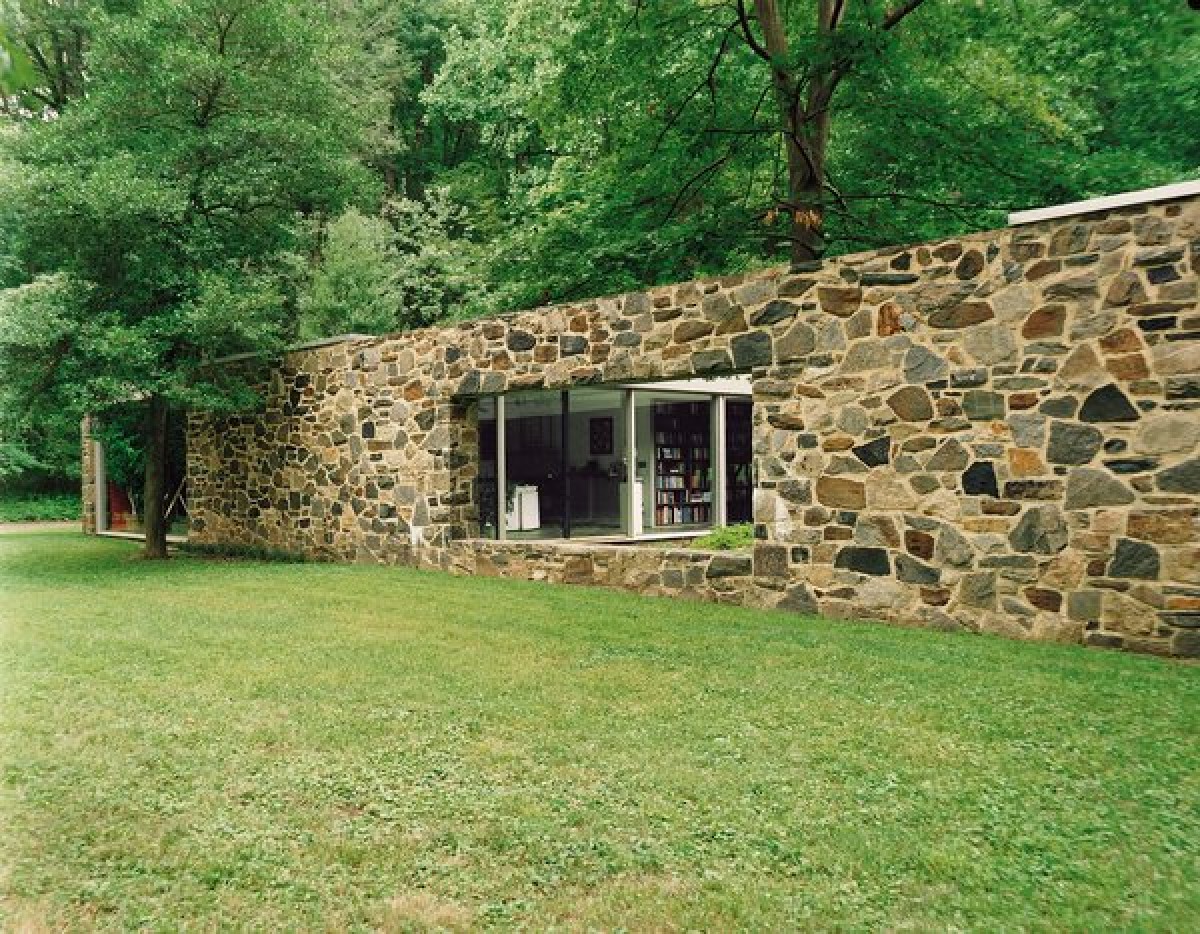 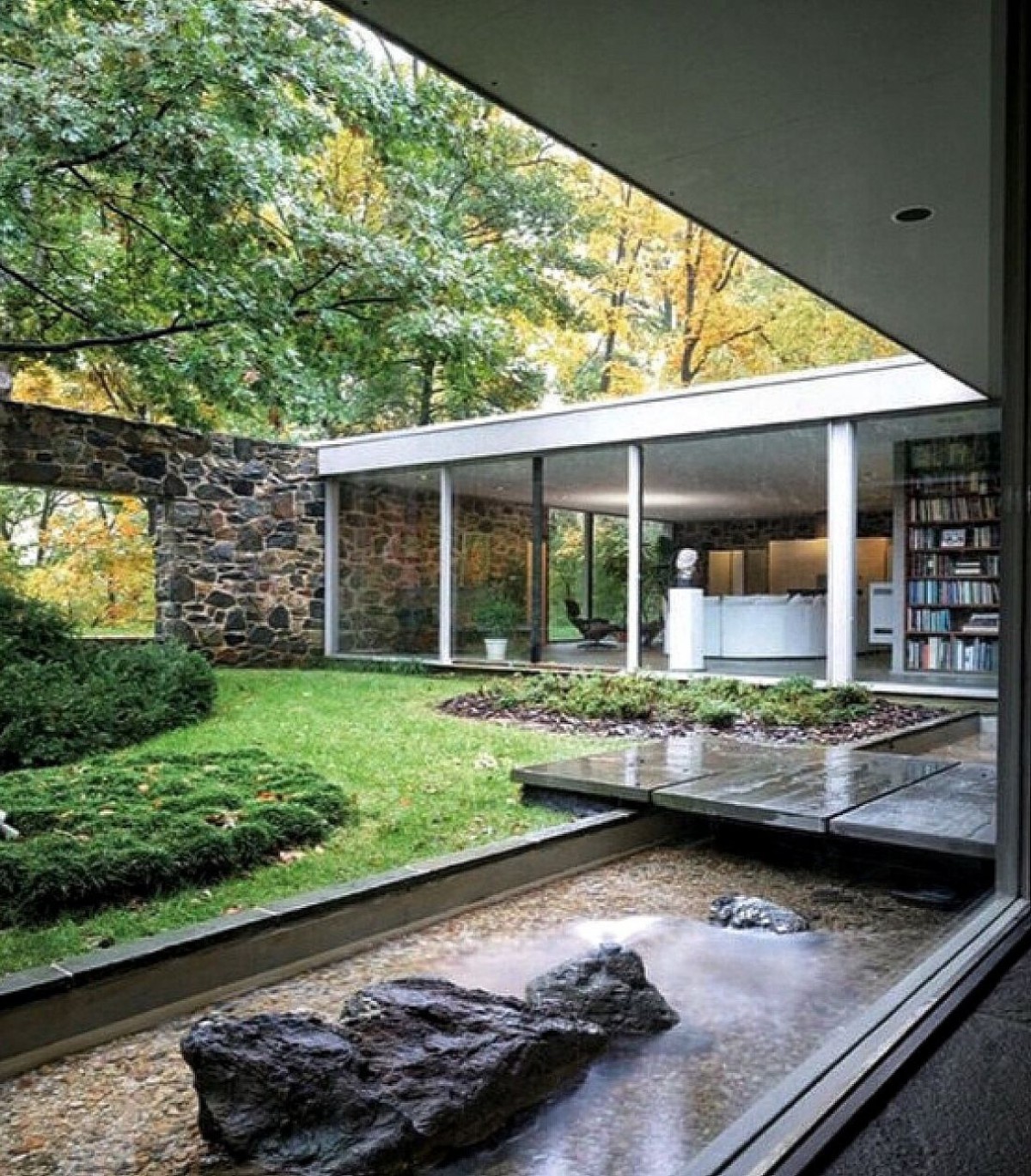 Hooper house was designed by former Bauhaus master Marcel Breuer. Breuer developed what he calls "binuclear" design: a central courtyard divides the house into living/dining/cooking/entertaining and family/bedroom areas. This arrangement of space was incredibly practical for the family occupying the home: guests can be entertained in the living room in the south wing of the house, without disturbing family members in their bedrooms in the north wing of the house. The entrance occupies the central space opposite the courtyard, allowing views through the house upon entering. I love the use of stone connecting inside and outside. 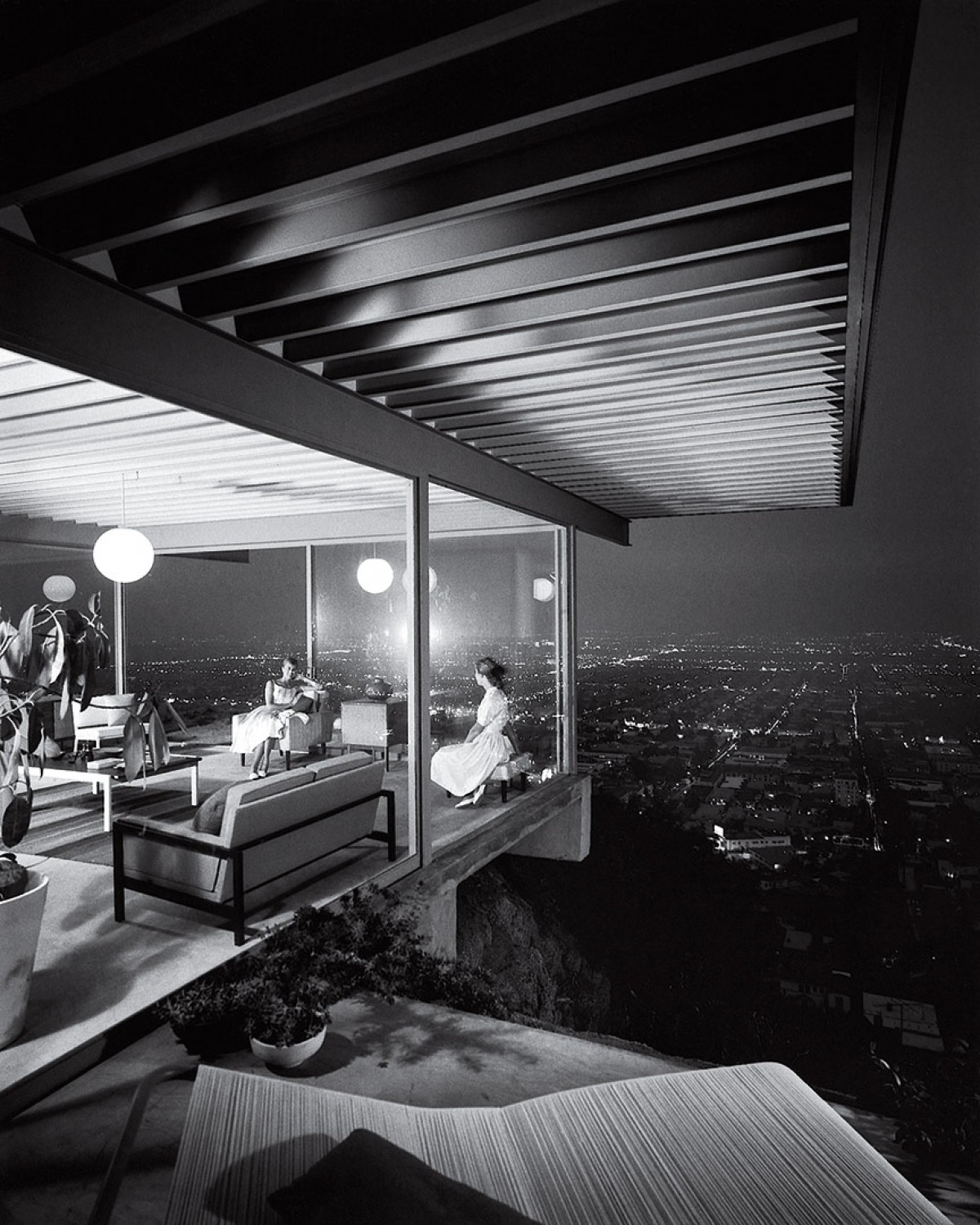 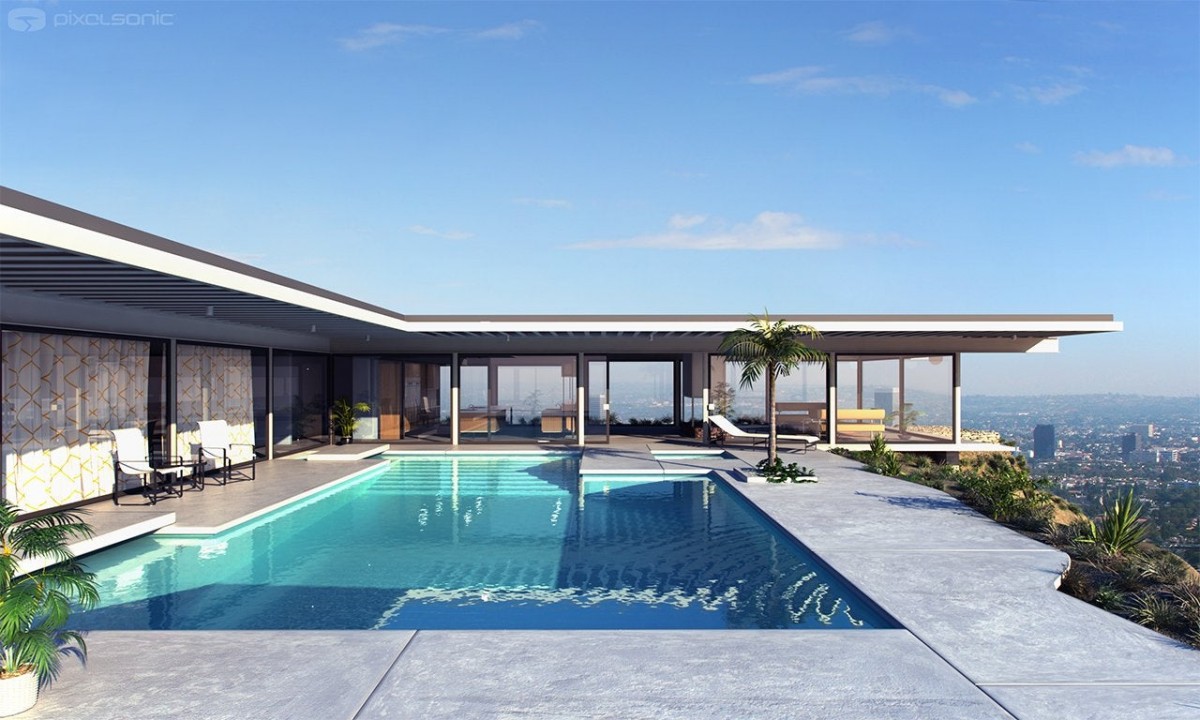 The Stahl House (also known as Case Study House #22) was designed by Pierre Koenig in the Hollywood Hills in Los Angeles. It has been used as a frequent set location in American films.

The Case Study Houses were experiments in American residential architecture by Arts and Architecture Magazine, which commissioned major architects of the day to design and build inexpensive and efficient model homes for the United States housing boom caused by the end of World War 2.

Built in 1959 as part of the Case Study Houses program, the house is considered an iconic representation of modern architecture in Los Angeles during the twentieth century. It was made famous by a Julius Shulman photograph showing two women leisurely sitting in a corner of the house with a panoramic view of the city through floor-to-ceiling glass walls. 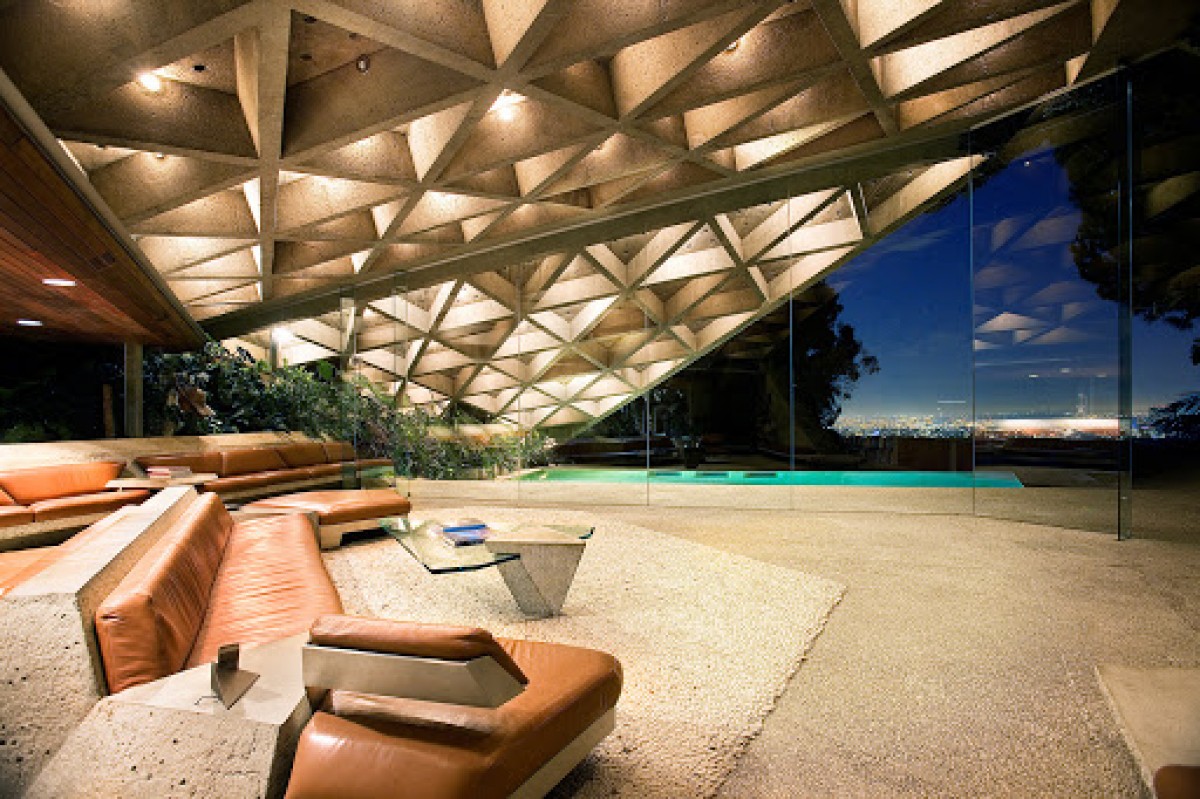 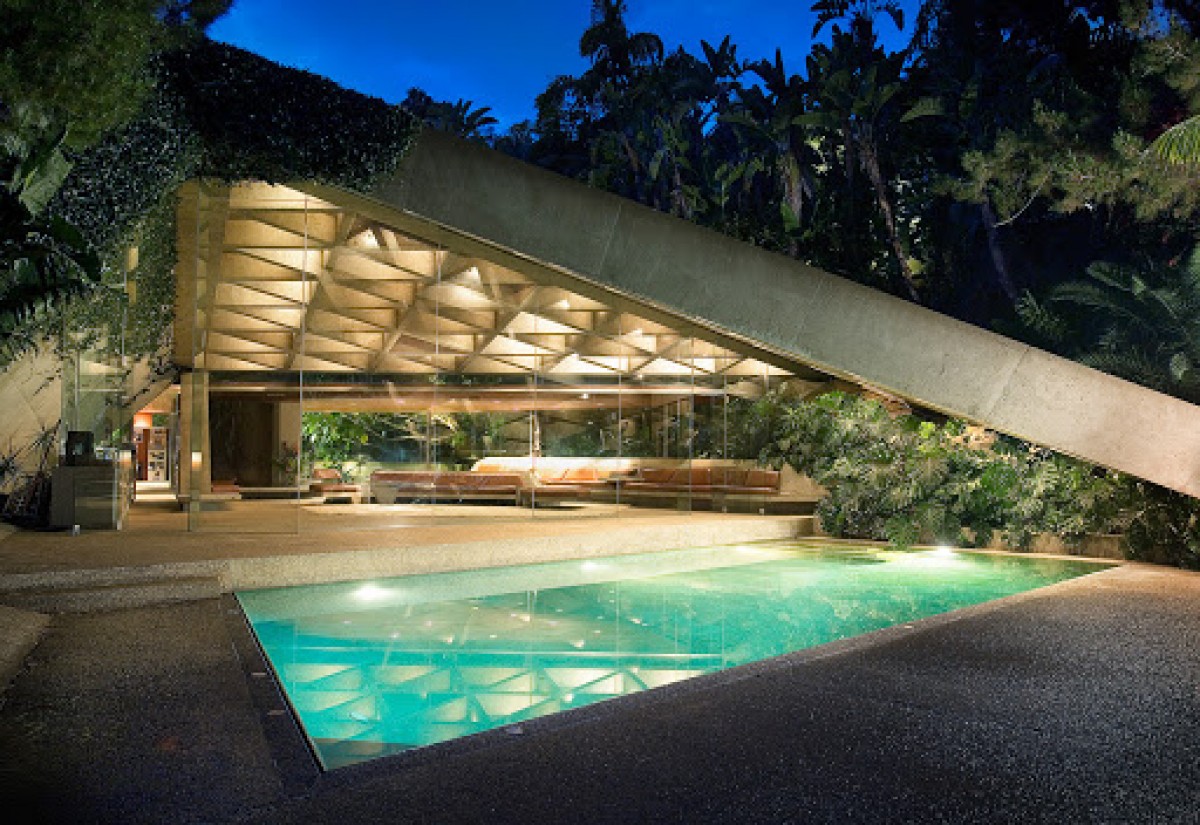 Lautner’s Sheats-Goldstein House deserves a place on this list just because of its boldness and iconic roof. Designed in 1963, Lautner was fascinated by the possibilities of concrete (in addition to steel, glass and timber) and began exploring forms – roofs in particular – as an expression of the architecture. Both the Big Lebowski and Charlie’s Angels where filmed at this house.

Another of the 20C architectural giants is of course Louis Kahn. The Fisher House is characterised by its dual cubic volumes, stone foundation and detailed cedar cladding. In the Fisher House, Kahn eschews the linearity of the modern plan and focuses on a simple geometry, allowing the cubes to provide a separation of public and private space. Kahn was at the time working on big projects like the Salk Institute, and it is a testament to his ability that he could simultaneously work on small residential architecture too. It is a clear example of Kahn's unique architectural style at the time, differing greatly from much of what was being done by his contemporaries, and setting him apart in his own field of design.